For many, the fear of failure is a major roadblock to success. The reality that every time you try something new, there is a chance that you could fail induces fear. But, should hold back because you could fail? What if you don’t try? Wouldn’t you have failed anyway?

So don’t allow the fear of failure to hold you back from trying. Even when you are afraid, pursue your goals anyway. DO IT SCARED but DO IT. Embrace failure as part of success and learn from it.

In this post, I am sharing with you powerful quotes on failure from famous people to inspire you to keep trying until you succeed. These quotes share one message in common, in life, there are many times you will fail and that is tough. However, to attain success, you have to keep trying again and again.

7 Inspirational quotes by Zig Ziglar that will change your life

Quotes for a positive attitude

Top 20 Personal Development Books You Should Read This Year 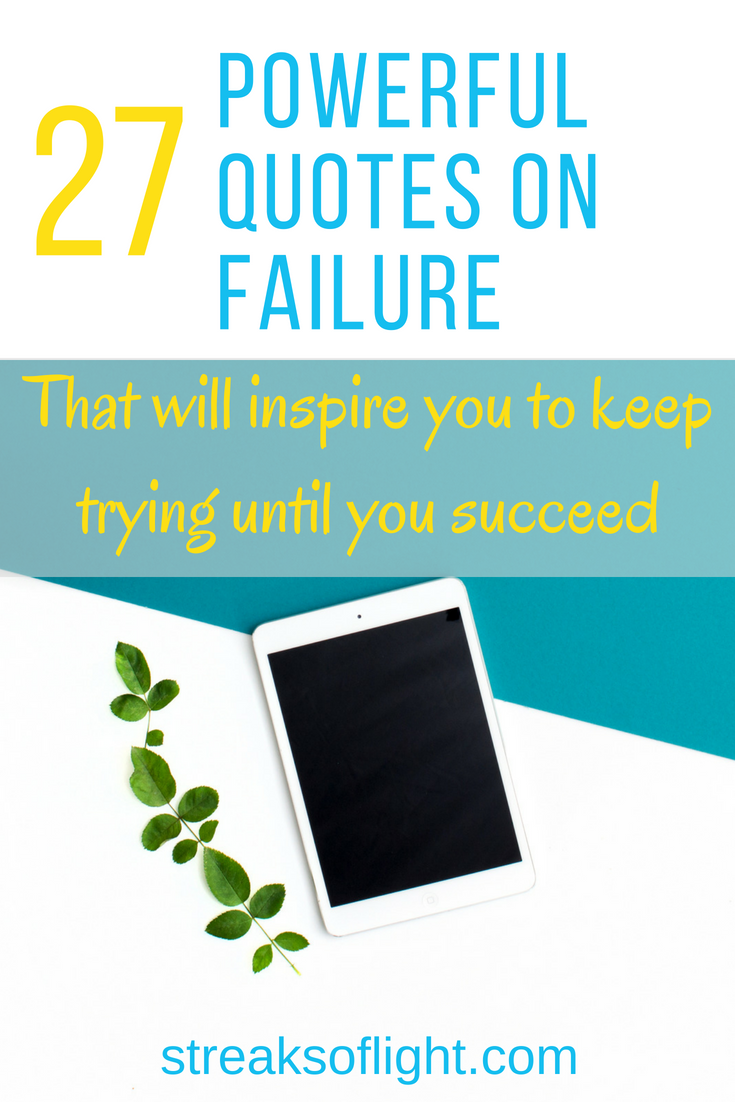 As long as you keep trying, you are on your way to success. Failure is part of success. Learn from every mistake, stay positive and apply those lessons in your future tries. Every lesson you gain takes you a step closer to success. The road to success requires persistence, determination, and consistency. Do not stop when you fail, rise up and keep moving towards your goals.

What is your favorite quote? Please share in the comments below.

For more quotes like these ones and regular inspiration, like the Streaks of Light page and let’s connect.

With love and light,

Hello! Welcome to Streaks of Light. My name is Debbie.

I hope to shine some light into your life so you can be the best version of yourself. Even if it’s just a few streaks of light here and there. Come along for all things personal growth & inspiration, books, quotes and a little dash of stories &lessons from my life.

“We are a participant in the Amazon Services LLC Associates Program, an affiliate advertising program designed to provide a means for us to earn fees by linking to Amazon.com and affiliated sites.”